Los Angeles thrashers FUELED BY FIRE have unleashed the music video for their newest single, “Mangled Truth.” The track is the B-side from “Past…Present…No Future…Part 2,” the second in a pair of two-song 7-inch vinyl releases recorded by Allen Falcon (Exmortus, Blade Killer), mixed by Carlos Cruz (Warbringer, Power Trip) and mastered by Joel Grind (Toxic Holocaust, Midnight). The new limited-edition 7-inch release is the follow-up to last fall’s “Past…Present…No Future…Part 1” and will be released on Friday, March 4th. Pre-orders are available now at http://www.smarturl.com/fueledbyfire. The video for “Mangled Truth” can be viewed at https://youtu.be/lZ0MGR1RMKw and the song itself is now available to purchase/stream on all digital platforms.

“’Mangled Truth’ is a song about world leaders who hold the highest responsibilities in our society, who fail to deliver the most basic quality of trust, which is telling the truth,” explains singer/guitarist Rick Rangel. “Worldwide, we see this again and again, whether it’s election, financial gain, or even war, there are those in power who will be twisting reality and spitting lies.” 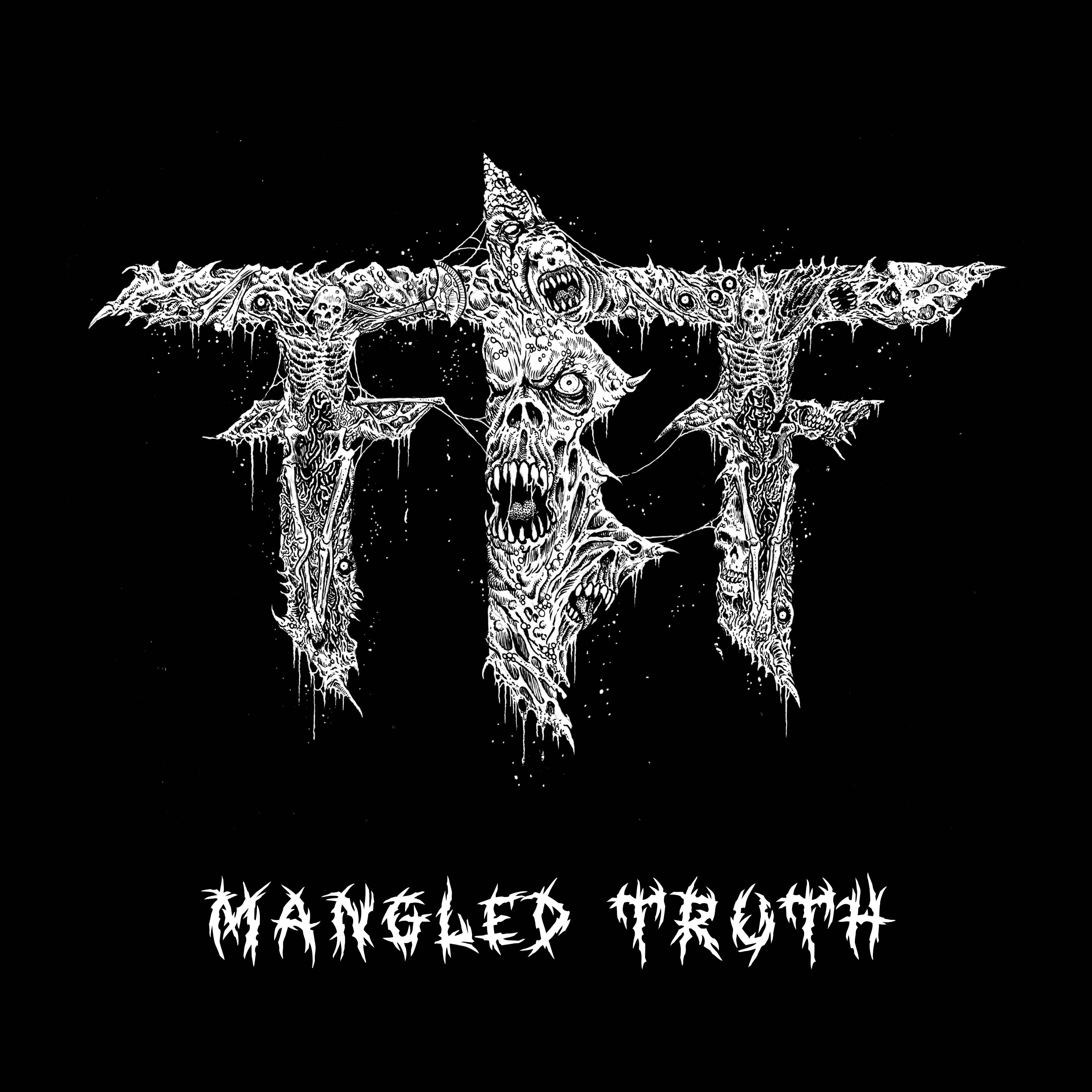 Due to popular demand, the four tracks that make up the series of “Past…Present…No Future” 7-inch releases will also be released together on one CD by M-Theory Audio. Pre-orders for this special EP release – also hitting streets on Friday, March 4th – are also available at http://www.smarturl.com/fueledbyfire. Initially set to be released in fall 2020, the songs put together by the new lineup – consisting of returning members Rick Rangel (guitars/vocals), Anthony Vasquez (bass) and Carlos Gutierrez (drums), who are now joined by Gutierrez’s bandmate in Blade Killer, guitarist Jon Rubio – were further refined during the COVID-19 pandemic. The band’s first new music since 2013 was unveiled in September 2021 with a visualizer video for “Bloodshed,” which can be viewed at https://youtu.be/Xzvu-CBJogY. This was followed by the November 2021 release of the music video for “Disrupt,” which can be viewed at https://youtu.be/0_ZeKx_RxKU. The first of two 7-inch vinyl releases, “Past…Present…No Future…Part 1” – which features “Disrupt” on the A-side and “Bloodshed” on the B-side – showcased FUELED BY FIRE as a group ready to re-stake its claim to thrash metal supremacy, with the release of “Past…Present…No Future…Part 2” set to continue the onslaught, featuring “Non-Existent” on the A-side and “Mangled Truth” on the B-side. 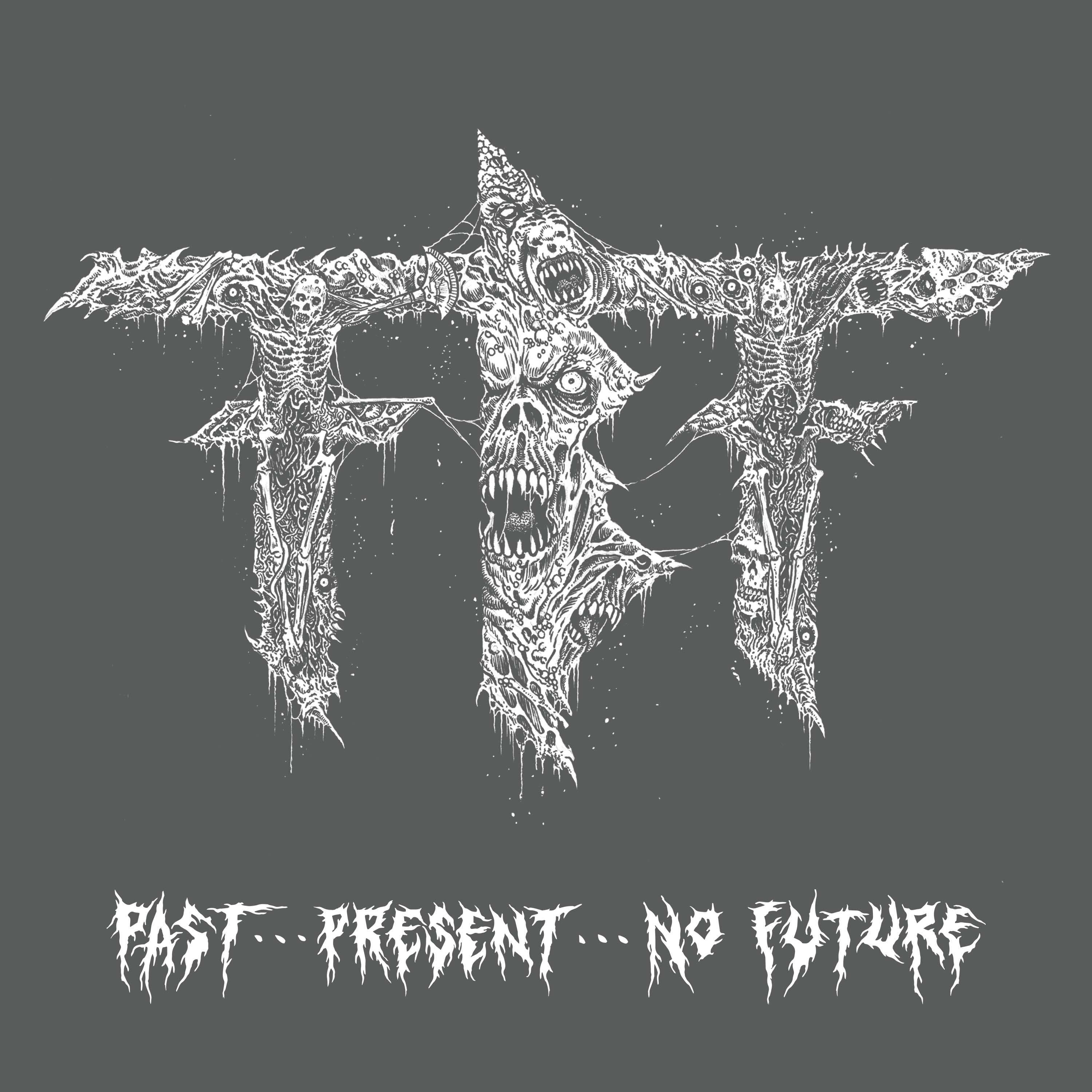 FUELED BY FIRE was formed in 2002 by a group of Southern California teenagers that bonded over a love of ’80s thrash metal acts such as Exodus, Testament and Possessed. The group recorded their first demo in 2004 and emerged as a persistent presence on local concerts throughout the greater Los Angeles region. Those shows saw them open for many of the iconic acts that they grew up worshipping, as well as performing alongside other burgeoning thrash bands that were emerging around them in Southern California such as Warbringer and Hexen. The group initially self-released their 2006 debut album, “Spread The Fire.” The album was praised by AllMusic.com for its “authentic thrash,” and the combination of their impressive studio effort and prolific live performances earned the attention of Metal Blade Records, who reissued the record a year later.

The group soon spread their sound on stages across the United States alongside fellow rising thrashers such as Bonded by Blood and Merciless Death before re-emerging with their self-released 2010 follow-up record, “Plunging Into Darkness.” That album was applauded by Metal-Rules.com for serving as a reminder of “just how vibrant thrash metal can be,” and the band followed up that momentum by touring Europe alongside heavy hitters such as Kreator, Morbid Angel and Nile. The group applied a more sinister tone to their lyrics and compositions on 2013’s “Trapped in Perdition,” which was released by NoiseArt Records and produced by Erik Rutan (Hate Eternal, Cannibal Corpse). The album received accolades from Burning Ambulance for being “their best album yet” and – alongside well-received performances the following year on European festivals such as Hellfest and Metalfest Open Air Loreley – cemented FUELED BY FIRE‘s reputation as generators of powerful thrash metal before the band went on hiatus in 2014.

More information on new music from FUELED BY FIRE will be unveiled in the weeks to come by M-Theory Audio and at www.facebook.com/FueledByFireOfficial.