VOICES OF RUIN release music video for “Reach Toward The Sky” 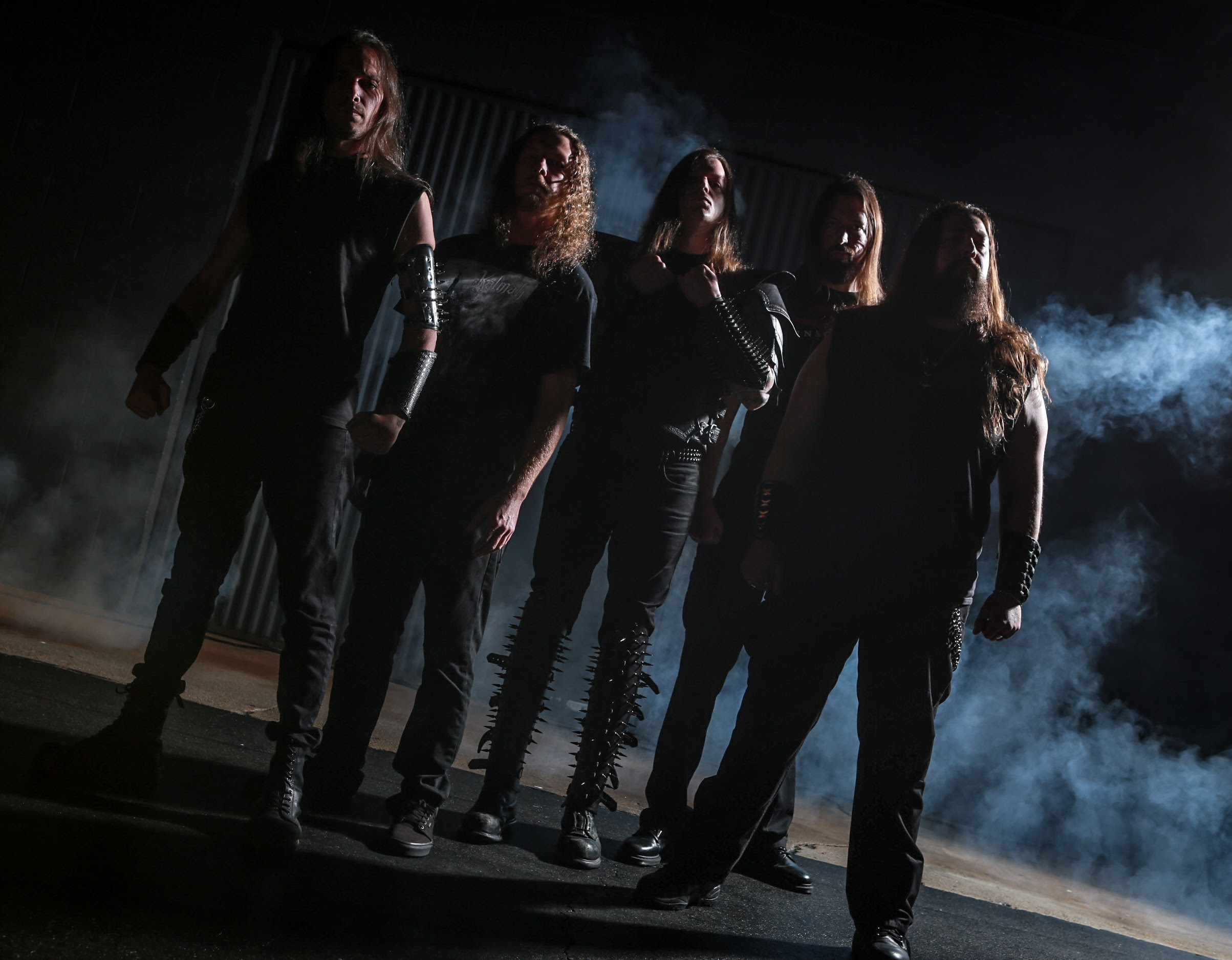 The Orange County, California-based melodic death metal quintet VOICES OF RUIN have unveiled the music video for “Reach Toward The Sky,” the latest single from their 2020 full-length and M-Theory Audio debut, “Path to Immortality.” The video clip – shot and edited by Vintersea bassist Karl Whinnery while both bands were on tour together during the Fall of 2021 – can be viewed at https://youtu.be/vb2rcQ85HAI
CD, digital, and limited-edition splatter vinyl editions of “Path to Immortality” are available for purchase at www.smarturl.com/vor

“We’re very excited to release our new music video featuring live footage from the latest Darker Western Skies tour with Vintersea and Dawn of Ouroboros! It was pretty special to get back on the road and perform nightly after close to two years of not playing shows,” states singer Dave Barrett. “Being together with the boys and raging the stage was magical! ‘Reach Toward The Sky’ is one of the more dynamic songs we’ve ever released and this tour was our first time playing it live. Karl from Vintersea is a magician behind the camera and he did an excellent job capturing the debauchery and wild times out there on the road! From slamming beers and taking shots to shredding alongside Vintersea and Dawn of Ouroboros, the Darker Western Skies tour was a blast!”

Fans that missed VOICES OF RUIN’s Fall 2021 tour with Vintersea and Dawn of Ouroboros – as well as those that want to return for another round – will have more opportunities to witness the band live very soon. VOICES OF RUIN will be participating in Metal Assault’s 12-Year Anniversary Fest on Saturday, February 12th at Transplants Brewing Company in Palmdale, CA, as well as opening for Swedish melodic death metal legends Dark Tranquillity and Montreal death masters Kataklysm on Sunday, February 20th at 1720 Warehouse in Los Angeles, CA. The band will also be returning to the Wacken Metal Battle USA stage that they conquered with their victory in 2018, this time as headliners at the 2022 edition of Wacken Metal Battle USA: Orange County on Saturday, March 5th at Stages Bar in Santa Ana, CA, alongside fellow co-headliners and Southern California pagan metal greats, Helsott.

Since brothers Dave (vocals) and Tom Barrett (guitars) founded the group more than a decade ago, VOICES OF RUIN performed extensively in support of their two self-released albums, 2010’s “Into Oblivion” and 2015’s “Born From The Dark.” In 2019, the band returned to the studio to record “Path To Immortality” with former Soulfly/Machine Head guitarist Logan Mader (Gojira, SepticFlesh). The final product was unleashed to the metal masses in April 2020, and was praised by HeaviestofArt.com for being “a modern melodic death metal standard to strive for” and by DeadRhetoric.com for its “numerous standout moments” and “earworm propensities.” The music video for “Reach Toward The Sky” is the fourth video from “Path to Immortality” to be unveiled, following the lyric video for “I Am God,” which can be viewed at https://youtu.be/DOEPyH3WxA4; the concept video for “Carved Out,” which can be viewed at https://youtu.be/H2jsOgQPFaU; and the live performance video – filmed during the band’s triumphant appearance at Wacken Open Air 2018 – for “The Undoing,” which can be viewed at https://youtu.be/7wB_wiw9GX0.

VOICES OF RUIN describe their sound as an epically-crafted blend of classic heavy metal and modern death metal that also pays homage to the traditional Scandinavian melodic death metal sound. In addition to winning Wacken Metal Battle USA in 2018, the group has supported Vader in North America and Japan, toured Europe with Internal Bleeding and Sacrificial Slaughter, and performed extensively in Southern California alongside a number of notable acts, including Morbid Angel, Trivium, Devildriver, Amorphis, Cattle Decapitation, Dying Fetus and Origin. The band has also organized the annual Ruinfest festival, a celebration of California’s extreme metal scene that in the past has featured the likes of Fallujah, Exmortus, Pessimist, Skeletal Remains, Helsott and Letum Ascensus, and returned most recently in November 2021 with guest headliners Internal Bleeding.

More information on VOICES OF RUIN and their additional plans for 2022 will be revealed in the weeks to come by M-Theory Audio and www.facebook.com/voicesofruin.